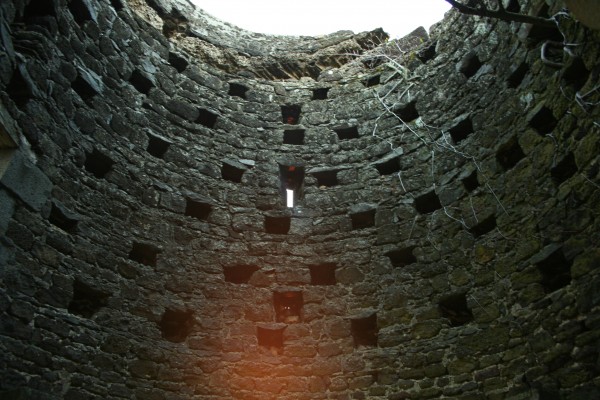 Learned and born from painful memories of the past throughout our lives, defences are meant to keep us safe from further traumas. Sometimes they succeed, undoubtedly. But they also accomplish a wide range of side items most do not recognize. They prevent intimacy, keep us isolated, and can lead to a cycle of continual negative feelings. They build self-imposed walls.

Defences are much easier to go to and use, because they are usually things we put up, i.e., things that we control. Instead of dealing with negative emotions towards someone by expressing them, we bottle them up inside and grit our teeth. Instead of standing up for ourselves, we take a battering of insults. The list can go on until you’re a slave to your emotions and to other people.

Dealing with negative emotions and difficult situations is tough, and you have created defences to guard against them.

Instead of dealing with an issue or talking to someone that you should, you run the other way. You are afraid that they might hurt you, they’ll shame you, or that they’ll leave you. You may ruminate on the emotions for days instead (see #5, Internalization).

Typical forms of acting out this defence include: screening calls, procrastination (of talking to the person or dealing with the situation in question), refusal to do anything social, and not leaving the house.

The truth can hurt and be hard to say. Solution? Make up something that isn’t as hurtful. Lying prevents you from having to deal with something difficult and allows you to either get the person off your back, or make them feel better compared to actual truth. Or, you are scared of revealing a part of yourself for fear of judgement.

The unfortunate side is that you’ll always feel the guilt, the person will eventually find out, and you’ll feel like absolute shit for lying to someone who cares about you. In the case of judgement, you’ll feel terrible for never being able to be 100% of who you are.

Blackmail. Threats. Really bad stuff here. Instead of dealing with issues at hand you try and force the other party to give in to your demands by any means necessary.

For instance in dating, this can range from anything such as comparison: “X did this for Y, why haven’t you done it for me?” to using sex as a bargaining tool: “We aren’t doing it tonight unless you buy me this”.

It goes without question that if anything of this sort happens you should bring it up with the person involved and tell them to stop. If they refuse, get out.

Accepting your faults is tough, so why not push them on someone else?

“I was supposed to get up early but my friends MADE me stay out late. It’s their fault that I HAD to sleep in.”

“The project at work is too boring, that’s why I haven’t finished it. It’s not my issue.”

“My mother loves to push her problems on people, and her doing it to me can’t be stopped. God it’s so annoying!”

A one-off from this is the turn-around, where you can’t accept ANYTHING negative being said about you, so you turn-around the comment and try and expose the other person’s flaws. This goes hand in hand with learning how to deal with criticism in a healthy way.

“You are so insensitive. Why did you say something like that?”

“Me?! You’re the one always being so fucking annoying! I can’t stand it!”

“Why have you not worked more on the project?”

“You haven’t given me instructions! What am I supposed to do? Read your mind?”

Everything that people do is because you are unworthy. There must be something wrong with you. Why bother speaking up? Why fight? Just sit with the feelings of annoyance, regret, sadness, depression, and low self-worth. They aren’t worth questioning. The other person HAS to be right. I am worthless, I am (insert terribly hurtful adjective here).

Internalization can also be combined with a terrible runaway mind to make guesses as to why someone did something.

– Date didn’t call you back? You must be a loser. (Or maybe they got into an accident and it’s not on their mind.)

– Friend ignored your text? There must be something wrong with you. (Or maybe they are busy and haven’t gotten a chance to text you back. Maybe they forgot.)

Moving away from the subject at hand using various “techniques”:

– Smiling and laughter: Nervous laughter is used to cover up feelings of hurt, dismay, or sadness. When someone makes fun of you, you laugh it off like it’s not a big deal. But inside, you really wish you could tell them to stop. Instead of talking about a difficult subject, you make a joke out of it, and change to a different topic

This is an interesting defence, in that it’s harder to pin down. But, the refusal to cry is moving away from extreme sadness and refusing to admit how you feel even when your mind and body are telling you to do so to release your emotions.

How to Break Through Your Defences

You will need help. You can do a lot of the work yourself, but your defences come up in the context of other people and you’ll need other people to help you flesh them out.

First, you need to identify what your defences are. You may have enough self-awareness to do this yourself. Or, you could ask a good friend or your partner (if you have one) to help you. They need to be someone who you trust, is non-judgemental, and honest.

Then, as you learn what your defences are and have them pointed out to you (either right when they occur or in general), the hardest thing is that you will need to instil new habits. As you engage in your defences, you realize what is happening, and fight against them. Maybe not 100% effectively to start, but you make small changes and things get better and better. It will not be better off the bat fighting against things you may have done for years on end, but change is never straight forward and simple.

Personally isolation is something that greatly affects me. To combat this, I’ve started talking to safe people regularly about issues I face and aim to bring up difficult topics with people I deal with, especially those close to me.

If you lie, you must later admit it. You move away from engaging in your compulsive behaviours. You stop blaming others for things you’ve done…

Eventually you learn to break out of your defences. It will hurt and it’s not going to be easy, but you’ll be living a much more truthful life in line with how you actually feel and doing what you want. You will not hide.