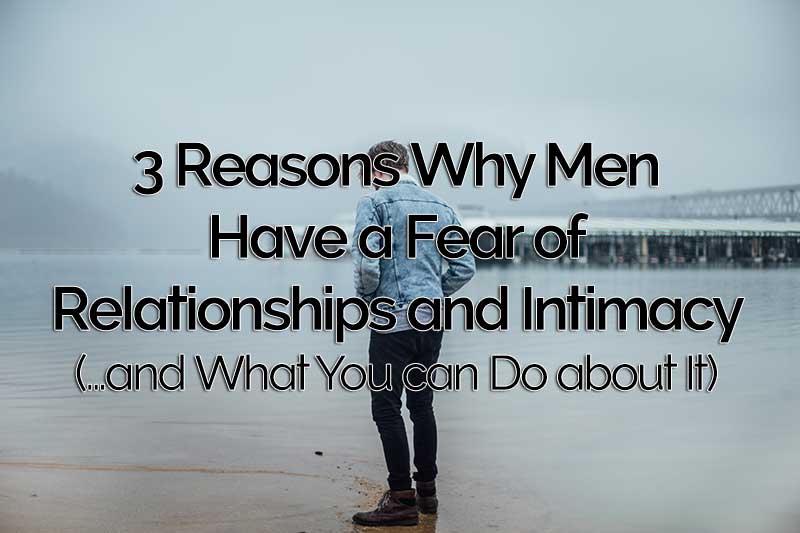 Why do men have a fear of relationships and intimacy?

This is at the core of a lot of the questions I get asked.

The problem is, us guys aren’t even aware of the fear most of the time…until it’s too late.

We either go through life never experiencing the opportunities and connections available to us, our girlfriends or wives leave us saying, “You don’t open up enough and don’t listen or talk to me.”

We’re left to sit, scratch our heads, get angry, cry, and not understand what’s going on.

The fear of relationships and intimacy is one of the worst fears you can have. It keeps you isolated and alone not only within your romantic relationships (if you have any), but with friends, co-workers, and everyone else.

I listed several reasons in my book on why people become avoiders and have a fear intimacy, and I’m going to explain and expand on them for you.

In this article, you’re going to learn why men have a fear of intimacy, and what they can do about it to start opening up and getting over it.

1. They have or had complicated relationships with their parents, especially their moms.

We learn how to relate with others and form relationships with the two sexes with the first people we meet and that we’re exposed to: our mom and dad.

If complicated relationships arise with them, then it gets translated out into how we interact with others as we grow up, and we’re going to develop a fear of relationships and intimacy.

We also learn a lot about how to run romantic relationships in seeing how they interact with each other.

Now when we talk about intimacy we usually think about romantic relationships. For a man, his relationship with his mom is going to be more of a primary indicator of the types of neuroses, insecurities, and fears he’s going to have to deal with in dating when compared to that with his dad.

The more complicated the relationship, the more problems he’ll have.

Here are some examples involving either parent:

Not only can issues with parents affect how a guy navigates his relationships, but his past interactions with women (or lack thereof) can also play a role.

Here are some potential issues:

3. They went through traumatic experiences as a kid.

The final piece of a guy’s past that can lead to a fear of relationships and intimacy is what he went through as a kid.

It’s going to also lead to him feeling like he can’t trust people, people will end up hurting him, and so on.

Nobody gets by unscathed in life, so I’m not saying that just because a guy might have gone through one or some of these things that he can’t have good relationships or meet girls.

I’ve definitely gone through some of this stuff yet somehow manage to date girls, and I’m getting better and better at connecting with them, and just enjoying them as awesome people.

But, there are definitely some things a guy can do to fast track his way to getting over his fear of intimacy, enjoying awesome connections and sex with women, and also having ALL of his relationships improve:

A man should get introduced to the following suggestions:

1. A man should understand and internalize what populations bias means — one does not equal many.

Population bias (or selection bias) refers to when you judge an entire group based on a limited sample size.

This is where dangerous blanket statements and conclusions come from. For example, “My last girlfriend cheated on me. Therefore, all women are lying, cheating bitches who can’t be trusted.”

A guy is assuming that all women will cheat which is not the case.

He has to internalize that what happened with one or a few women does not mean that all women are like that, or that it’ll happen again.

On a related note…

2. A man should reflect on this quote: “The past is the past, and does not have to or control your future.”

A friend of mine once told me an interesting story I meditated on:

He was dating a girl at the time and brought her to the bar he worked at.

Before they walked in, she quickly pulled him out and hid her face.

She said that a girl who used to bully her worked inside.

Of course, you’ll probably never want to be friends with your school bullies, but he said something that really stuck with me:

Then what does that say about you?”

I was bullied a lot when I was a kid and this really hit me.

Would I really let myself be defined by kids, who don’t know anything, and don’t know me now?

Fuck no, that sounds ludicrous and hilarious!

Of course, this is easier said than done. There needs to be tools and action to back this up:

3. A man should study “inner game,” inner work, No More Mr. Nice Guy techniques, and learn tools to help himself.

Without fixing his mindset and getting the proper tools, a guy will never be able to improve his relationships.

The men’s dating advice arena uses the term “inner game,” but you can also call it “inner work,” or just dealing with the emotional baggage.

Dr. Robert Glover’s book, No More Mr. Nice Guy is AMAZING for this and I whole-heartedly recommend a guy check it out if he’s looking to transform his life, relationships, work, and more. 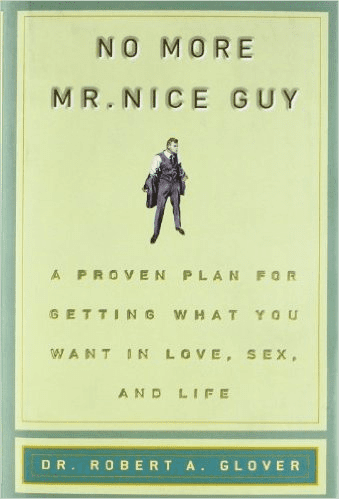 Finally, he’ll have to learn the tools to help himself so he can handle anything no matter what.

If he can’t do the inner work on his own…

4. A man can consider going to therapy.

If a guy has been through a lot, he’ll need to go to therapy, at least for a short while.

It was lucky that I was in super fanboy mode back in my dating arena days and read Mark Manson’s Models, which suggested to potentially go to therapy…

And since I was doing whatever the gurus told me to do, I checked in.

I never realized how much I’d been through that was weighing on my mind, and multiple rounds of therapy REALLY helped me.

I’d probably consider going back to keep cleaning out more garbage too.

Therapy isn’t necessary if you haven’t been through a lot, but if a guy nods his head to the list at the beginning of the article to what he’s been through, it’s time to find a good therapist or social worker.

5. A man must take action, and talk to women to find out that they’re OK. 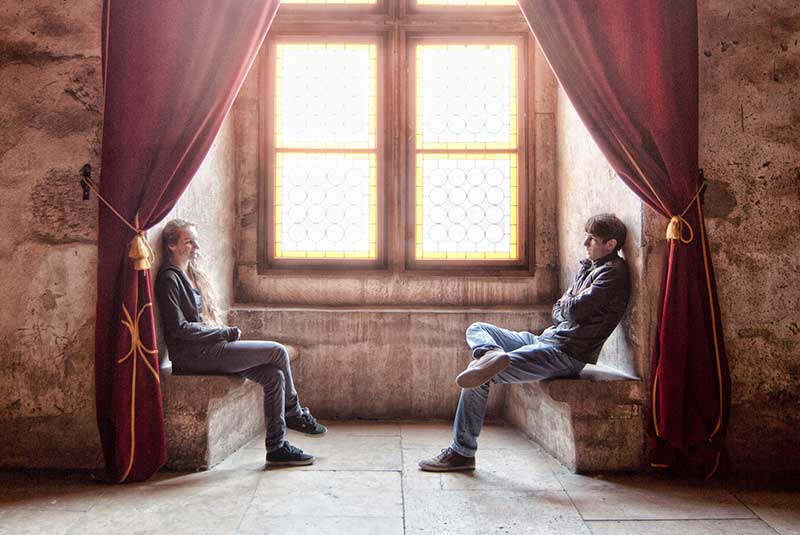 In the end, the only real thing that’s going to change a man’s mind is positive reference experiences.

Until he has them, he won’t believe the possibilities, and you can only run on faith for so long.

But he can engineer this. It doesn’t mean he has to jump into having an amazing girlfriend from day 1…

He can start by just talking to cashiers and clerks, asking how their day is going, and making jokes. He can ask about who they are, and see that they don’t bite his head off.

He can start talking to women at networking events and see that they’re normal, have ups and downs, hope and dreams, and strengths and weaknesses just like everyone else.

If he’s single, he can move on to dating them, and slowly getting into the water. He can start to trust and open up to them while getting over his fears.

If he’s in a relationship, he can still be talking to women in a friendly way, but then can start pushing himself in his relationship to communicate authentically and say what’s on his mind.

By becoming aware of his emotional issues, and slowly working away to them, a man can claim his life back and enjoy everything and everyone that’s out there.