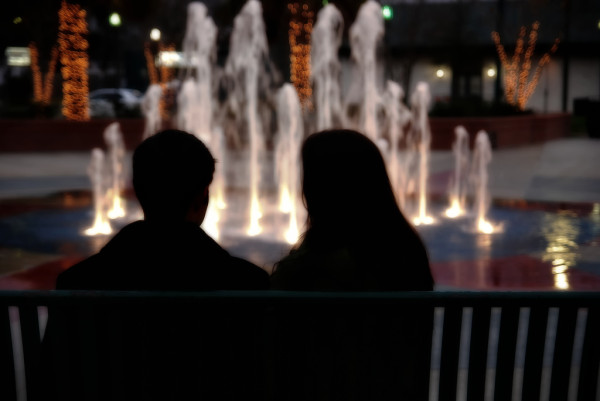 Most of us are pretty stupid when it comes to dating.

We’re so afraid of getting hurt that we put up fronts, defences, tests, and issues which amount to an incredible amount of energy invested only to result in us never getting what we truly want – someone who cares and loves us for who we are. Someone who wants to help us get our needs met, whether those needs to be based on affection, sexuality, intimacy, exploration, and/or support.

Games in Dating as a Means of Hiding

BOTH sexes are equally idiotic. Take for example these common scenarios:

Men look for the perfect line to say to a woman in retort to any quip to show that they “don’t need them”, that they don’t really care and can let her go if they choose to. They can find other ones. Plenty of fish in the sea.

Women are afraid of seeming too “easy”. They’ll make fun of a guy who approaches them, throw tests and borderline insults, and when he texts her give him the runaround.

But these examples skim the surface of thoughts and emotions. What happens when we go deeper?

Shame from Dating – Unfortunate, but at Times, True

Men gather up the courage to approach a woman and if they get laughed at or horribly made fun of, all it instills is the mindset of “I’m not good enough”. Figures why men are so nervous when approaching women. It’s like a fucking minefield of shame.

What happens when you have a great conversation and text a girl but get nothing back? Again, even FURTHER on when you thought someone cared about who you are… Guess what: you aren’t good enough.

What about when, God forbid, you start opening up to a girl about what you truly think about her, want in life, and see for the future. She stops talking to you with no reason. You are weird, you don’t fit the mold. Not good enough. Can’t cut it. You’ll never get it. Just give up, man.

A woman gives her phone number to a guy. He goes on a date with her and then never calls her again. Why? What did I do? Was it what I wore? Did I say something weird? I guess I’m not good enough.

Then what happens when a woman meets a man who says all these sweet things, has sex with her, and proceeds to drop off the face of the Earth. Or, what if he goes back on “promises” made before sex? Fuck men, they’re all lying scumbags. All men just want me for sex. I’m not good enough to be loved for who I am as a person. Nobody wants me for who I am. Nobody cares about anything but my curves. Fuck this.

My needs are not worthy of being met. I must be fucked up then. I guess I should just lie about what I actually want to get SOMETHING…

Later on in marriage the wife starts berating the husband. The husband stops caring about the wife’s life.  Sex is almost non-existent. The husband shouts more. The wife cries more. Nobody wants to talk about what they need and they expect mind reading to occur to make everything magically happy again.

We are afraid of making our needs known because of possible rejection and shame.

This leads to frustration, manipulation, passive-aggressiveness, drama, and relationships ending.

Dating is one of the best places for self-improvement. You will face every fear, limiting belief, and anxiety that you have while doing it. Nobody’s perfect at it, and we all lack skills in critical areas. But the worst part is how much shame can be involved because of defences, power trips, and refusing to admit emotions.

Dating is supposed to be a melding of two individuals meeting each other’s needs. But in many cases it turns into a fight and hiding of what’s actually beneath the surface. Everyone’s scared, nobody wants to get hurt, and it feels like a battle field.

Now just ask yourself: what if we were all straight forward?

The best people to find are those that have worked significantly through their internal issues and are OK in discussing their needs, versus trying to get them met through passive-aggressive methods or manipulation tactics. For those who have their heads on straight, they will sense these items when they see them. They will then proceed to turn and run the other way to find someone full of love and who is OK BEING THEMSELVES and asking for things directly.

Drop the bullshit. You know what you want. I know what you want. Let’s just talk about it and be fucking happy. If we’re meant to be together, great. If not, it’s better that it ends quicker, and we can find someone who really truly matches us. This is synergistic and harmonic dating – us working together to make each other happy, versus adversarial and competitive dating – someone loses and someone wins.

We’re going to have to compromise. We’re not always going to get everything PERFECTLY met. But we’re going to be much happier knowing that we care about each other.

I’m not saying that this will be easy, but the alternative is far, far, worse.

Can’t you just be you? Let’s meet half way and have some fun exploring, whatever the outcome. Let’s start slow. We might make mistakes, but at least we can try.