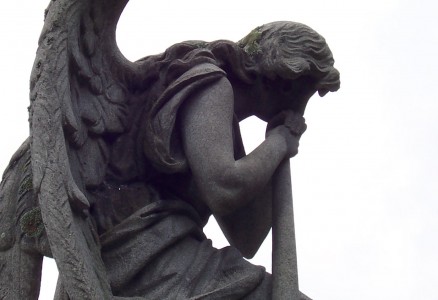 Criticism is a natural part of life which can help strengthen whatever you do. The word usually has a negative connotation, but not all criticism is bad.

At work, a piece of writing is corrected by your supervisor to be stronger, clearer, and have more meaning. You learn from these criticisms on how to improve, and aim for the future to write in the same manner. The superior writing wins your company business. This is a great cycle of constructive feedback.

However there is also the negative part of criticism which induces shame:

–         Being verbally abused by a parent or relationship partner

Depending on how much you internalize what is said to you, these negative forms of criticism can make you feel like you will never be good enough, that everything you do is wrong, and that there is no winning.

That’s pretty heavy to carry around with you for your entire life.

So how can we deal with criticism in a healthy way such that it causes far less shame?

First, the hardest thing to cement in your mind is that you are the sole judge of whatever you do. You need to not look to others to determine who you are. Yes, you can receive feedback if asked (for instance from your boss on that writing), but you should not base your views of yourself on what people say. You are the ultimate judge of you. This will not happen over night, and at times you will value what people say more than what you think, but it needs to be the prevailing view eventually. Otherwise, are you living the life YOU want, or what others THINK you should be?

A Technique to Deal with Criticism

Once you are more or less comfortable with you being the judge of you, then it’s time to actually put into practice a technique for dealing with criticism.

In Dr. Manuel J. Smith’s book When I Say No I Feel Guilty, the technique of “fogging” is introduced. The technique borrows its name from the fact that for a cloud of fog, when you throw a stone into it, the stone seems to disappear and the fog does nothing. The fog doesn’t move, clear, or change.

It should be the same with a person and criticism.

When you are criticized, all you need to do is agree that whatever criticism you are receiving is possible. Or if you know it to be true, agree!

Why agree that anything is possible? Well, whoever is giving you that criticism could be right. You could be acting in X way, or being a Y, or not thinking of Z. Afterwards you can think about it and perhaps change your behavior. Maybe apologize if necessary. But in the moment, just agree with the possibility. And if you know it to be true, show that you admit your faults and accept them. This not only helps you become more aware of them, but shows that you are not defensive. You do not need to defend yourself for doing what you think is right.

Not only does fogging accomplish the aforementioned items, but it also stops negative criticism in its tracks. People are used to being fought and having an argument once something “bad” is said, and here, the argument cannot continue.

Repeat exactly what has been said to you, and then potentially agree with it.

Criticism: Your clothes are so old and ratty

Response: You are so right! They are old.

Criticism: What you said was so mean

Response: That might be true, I could have been mean.

Criticism: You never pay attention to me

Response: You know you might be right, perhaps I don’t pay enough attention to you. Tell me more.

Criticism: Your writing is terrible

Response: You might be right, I guess my writing could be way better!

AGAIN: The most important thing to know is that while someone might say these things, you ultimately judge if they are legitimately true.

MOREVER, you have to give weight to who is providing the criticism. A random person’s opinion whom you have met for two minutes should have FAR less weight than your friends’ opinions. Perhaps if this person is being negative, it’s better to just say “Nice meeting you” and walk away.

Dealing with Self-Criticism, Perfectionism, and Being Hard on Yourself

Certain individuals (myself included) are huge perfectionists, and are quite hard on themselves in always wanting more. Some feel like what they have, do, or experience is never good enough. They can’t be good enough in another’s eyes. This can cause anxiety about the future as well, in that they will never get to where they need to be. Perfectionism is a topic for a separate article in itself, but some thoughts that can be going through your mind include:

“I bet this is going to be wrong.”

“You’re being lazy. You need to work harder.”

Recently, it was suggested to me to use fogging on my own thoughts. So:

Criticism: You’re being lazy you need to work harder

Response: You might be right! I guess I am being a bit lazy

My first reaction was to just laugh at my thoughts, because the shame cycle stopped dead in its tracks. When you can laugh at things that used to cause shame, you know you’re moving along the right path.

While fogging is great, again, you need to reflect on the criticisms that are being presented by the people whom you trust and value. Don’t just apply the technique and then whisk the items away. If you do that, you could be missing out on hurtful things you do or defenses you put up. Always reflect. In doing so, you can take criticism constructively and use it to improve yourself while not feeling shameful. As well, the useless, negative criticism affects you far less and you stop the associated cycle of shame.

Learning to accept our faults and admitting them is a sign of maturity and one of the most powerful traits that can be found in a person. Do you admit your faults, or constantly deny them refusing to accept, and possibly change them? Are you defensive? How does that make you feel?

Boundaries do need to be set though. If you are constantly getting criticized by someone and do not like it, tell them. You don’t have to, and shouldn’t put up with, constant berating. It’s up to you to know when to draw the line.