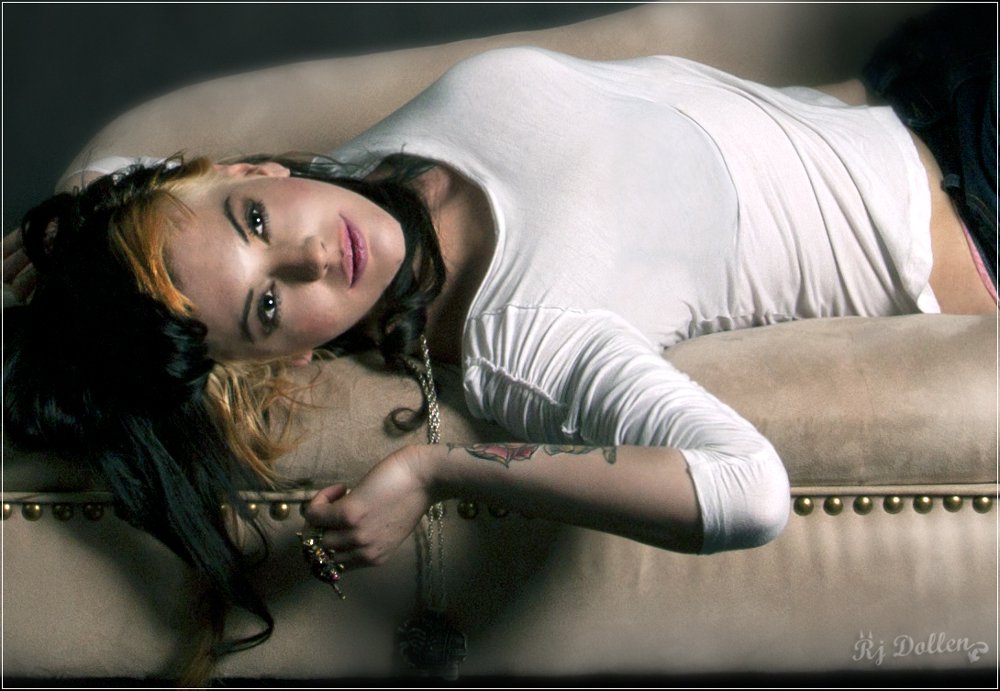 Guys get in to the pick-up artist (PUA) and men’s dating advice (MDA) movements for different reasons:

Some desperately want a girlfriend.

Some haven’t had sex in years or… ever.

Some genuinely want to learn how to connect with women and build emotionally powerful relationships.

Some want to use women for their own selfish needs.

Many believe the everyone in these communities just want to take advantage and fuck-and-dump women.

This is a huge over-generalization.

As a man moves through the advice in these fields he might discover new things about himself that causes him to reflect on his desires. He might also discover other beneficial side topics in self-improvement such as meditation, fitness, and entrepreneurship.

But the PUA and MDA scenes have many associated issues. One of which, is the marketing campaigns and methods used to attract potential “customers”. The campaigns play on the loneliness, desperation, and deep-seated issues (most of which these men are unaware of) towards women.

Here are what I believe to be the top 5 live perpetuated by the PUA and MDA circles:

1. You can get any girl you want and everyone will like you

Learn these lines any girls will throw her pants off for you!

Humans are incredibly complex. Why is it that a joke seems hilarious to one person but offensive to another? Why does one person find someone who reads a book everyday attractive and finds the idea of doing it a waste of time and repulsive? Everybody has different values and opinions which will naturally cause different people to gravitate towards or move away from one another.

In a larger view, this is assortment theory in action. What you put out is what you attract. So if you believe that you need to say silly lines to get a girl to laugh at you, i.e. you aren’t connecting in a genuine way, then you will attract ingenuine women. If you believe you need to manipulate someone to come home with you, then you will attract women who need to be manipulated to sleep with someone (which means they probably engage in manipulating others. Great.). If you like reading books, you’ll attract women who like reading books and appreciate someone who is booksmart while repelling those that favour doing extreme outdoor sports in every spare second of their time.

Because of assortment theory, you CAN’T attract everyone. It’s impossible. By definition if you put out manipulative behaviour, girls who aren’t manipulative/prefer genuine conversation will get turned off and leave – See Mark Manson’s article on Vulnerability And Manipulative Women for a larger discussion on this.

And let’s turn this around. Say you are generally a positive guy. Why would you WANT to attract everyone, including women who may be negative?

I personally don’t have time for that. I’ll take positive, happy, vibrant women. Thanks.

Some girls will stay away for you.

But if you work on yourself to become an attractive man and human being, the ones that should be with you will follow.

In a more general sense, a lot of companies play on the low self-esteem of guys out there. Many men who get into the PUA and MDA scenes were outcasts in school, could never connect with anyone, were socially ostracized, or they have low confidence. So when a company shows a picture of a muscular guy surrounded by girls or making everyone laugh saying “BECOME THE ALPHA MALE NOW”, they can’t help but be drawn in.

It was only after beginning to learn about marketing for my own website and books that I came across the unfortunate truth – The best marketing plays on human emotions. However there’s a fine line: Appealing to someone’s emotions to sell them something you genuinely think can help them is one thing. Using their owns emotions against them in an effort of manipulation is another.

2. Your romantic life should be judged in terms of logical yes or no results and numbers

It’s quite easy to judge the success of someone’s dating life if it’s on things like a kiss or “the lay”.

You either get her number or you don’t.

You either kiss the girl or you don’t.

You either bang her or you don’t.

“How emotionally connected were you with her?”

“How emotionally fulfilled do you feel in your sexual relationships?”

Yes-and-no or number based metrics like a laycount (number of women a guy has slept with) provide an easy way for guys to do a dick comparison on online forums.

But are you happy?

It’s not to say that making sure you get a girl’s number, you go for the kiss, and you take the initiative to move towards sleeping with her are bad. They are kind of necessary to get deeper with a woman. But if these are the only standards you judge your dating life on, you will feel empty inside, and no amount of women will ever make you feel complete.

You have a large intimacy hole that just needs the love and affection of one good woman. That would probably do a WORLD of good.

That and calling your Mom.

3. Lots of partners = lots of happiness

A guy who has had sex with more women is commonly seen as an “alpha male”.

Why is this the standard of success?

What about a guy who has a 4.0 from MIT and has made his first million by 21. But by sacrificing time to do this, he’s only had one real girlfriend who he slept with.

Related to the numbers-based judgement of romantic life, a higher number of partners does not necessarily indicate a higher level of happiness. Again, it may be a huge intimacy void the “alpha male” is trying to fill with large numbers of women.

That’s not to say that this is always the case, or that people shouldn’t have sex with a number of different partners. Sexual exploration should be a right as an adult and a beautiful (albeit at times challenging, frustrating, or embarrassing) adventure.

As long as someone is being true to themselves and is conscious of their actions, they will be taken along the path they need to go.

4. The focus should be on meeting girls in bars and clubs

Most videos and whiz-bang “holy crap I want to be like that guy” demonstrations show guys picking girls up in bars.

“Holy crap he just kissed her within 5 seconds of meeting her.”

“Woah I want to take a girl home too!”

So guys begin to think that the ONLY place there are girls around are in bars and clubs.

Or, that only girls in bar and clubs want sex.

Don’t get me wrong I used to think that I could only meet women in bars and clubs, but the scene has grown EXTREMELY annoying and old to me. I wait in line, pay cover, and then it’s like a meat market with people standing around, grazing on alcohol.

Guys might also think that ALL girls want to bang a guy they meet in the club within 30 minutes of meeting him… which of course, is a HUGE generalization. Some girls will NEVER go home with the guy the same night because it’s against their values, but will gladly have sex with a guy they like if they go on a date the next week.

Many people don’t go to bars and clubs. In fact, the most rewarding relationships I’ve had came from a) girls who didn’t go to clubs, or b) girls who seldom go to clubs and it was kind of a “there’s an event there” or a “what the hell” type thing.

The unfortunate reality as well is that at clubs, EVERYBODY prunes themselves to their best – Clothes, make up, manscaping… it’s an artificial reality projected in a self-indulgent, narcissistic ethos.

Of course if you are aware of this, drop your ego, and don’t take things seriously… you can still have a blast.

Not saying there aren’t cool girls in bars and clubs, but there are girls everywhere – yoga classes, in coffee shops, on the bus…. EVERYWHERE.

In the night life environment, it’s unfortunate that girls get the sense of “guys want to fuck me and take advantage of me”. So just in being there they will be a bit more hesitant to open up to you. It’s high-pressure, fuelled by intoxicants, and can be a bit sleazy.

These days I love going to bars and clubs with my friends and drinking to be there with them, and whatever happens with girls happens. If I don’t click with anyone, meh, I had a blast with friends. If I do, even better.

The point is to expand your scope – Just because you can’t make out with a girl in a coffee shop after 5 seconds of talking to her, doesn’t mean she isn’t worth getting to know or that you wouldn’t have a life altering experience with her.

5. You are inherently bad/there is something wrong with you

A problem with self-improvement is that it seems like there is always more to do.

You can always be more confident.

You can always dress better.

You can always learn to communicate more effectively.

In someone who is happy with themselves, this is OK. It’s a natural drive towards growth, and a good feeling. “Wow, I can always learn more every day! That’s amazing! I’ll always get better and better and more awesome!”

In someone who has poor self-esteem though, this makes them feel terrible – like they will never be good enough.

There is no continual improvement, it’s continual “fixing” of a problem: you. Because you are broken and inherently bad.

Of course, you can fix this problem with more coaching, buying another book, and watching another video… Right?

The way out is to know that, yeah, you can always be better, but you’re pretty damn OK right now.

Everybody feels a bit lost in their 20s.

A lot of people switch what they focus on in life.

Everyone could (and should) learn how to be more empathetic and connect better.

Everyone needs to learn some fashion sense (ditch the fucking hoodie).

But the point is that it’s part of the beautiful process of exploration and becoming who you are supposed to be. I mean, compare the picture of me before and after on the Start Here! page XD.

So Is Everything In The PUA And MDA Communities Bad?

At the very least, some of the material may motivate guys to at least talk to women and get started fixing their stagnant romantic lives.

There are also extremely good resources out there, such as Mark Manson and Dr. Robert Glover/No More Mr. Nice Guy.

The problem is when you get involved with bad, manipulative people who just want your money while they play on your insecurities. When you become so involved in negative beliefs that a girl is just a toy to fuck and then to be discarded.

Take the good and be mindful of what you’re inputting into your brain.

Screen out the bad stuff.

Believe you can always improve, but you’re OK right now.

Know that it’s OK to be nervous and with time you’ll get better.

And go hang out with some cool girls who like you for you.