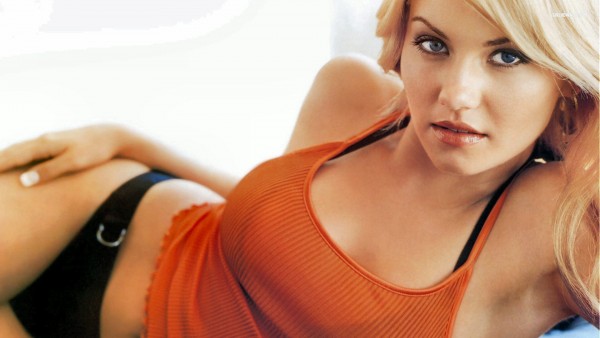 What’s your number? Your count? How many lays? How many dragons have you slayed?

How many women have you been with?

For some reason this number will always be at in the subconscious of how men are judged. No matter what, it seems that we as men regard this number quite highly no matter where our main interests lie.

You value what is most important to you and what is centric to your life. For someone who goes out to bars every night to try and go home with women, it makes sense that he would care more about this number (the healthiness of this is another story). But what about an investment banker? An entrepreneur? A civil engineer? These are men who spend most of their lives building companies, talking business, making millions, and designing systems. In their spare time, maybe they work on model cars, volunteer and build homes for the less fortunate, participate in bike races…

But still no matter how far removed our interests lie, a man with a higher “count” seems to always demand our respect and we feel inferior.

Evolutionary Biology in the Mix

In The Red Queen, Matt Ridley discusses the reasons for the polyamorous nature of men and the monogamous nature of women. For those who don’t know, polyamory is the maintenance of multiple romantic relationships at the same time, versus the standard boyfriend/girlfriend or husband/wife model (monogamy).

All animals want to promote their lineage, and they do so through sex. However for many animals, including humans, the sexes experience this quite differently. A woman carries a child inside of her for nine months and during that time, cannot have any other children. She can have sex of course, but no lineage can be promoted.

Contrast that to a man. A man need only deposit his sperm and impregnate as many women as he can to promote his lineage and release his genes. In this sense, it is to his advantage to hypothetically impregnate as many women as possible, so he has the greatest chance of having as many offspring with his genes as possible. For women, they need to be more selective in who they choose as a partner.

Perhaps then it is this competition for promoting the lineage that makes the number so important. A man who has a high number has a higher chance of extending his line. Do we respect that?

Tribal societies (in the past and some today) attribute more women to dominant men of the tribe. A tribal leader may have many wives, while an average tribesman, maybe one. This is also discussed by Ridley [1]:

In the ancient empire of the Incas, sex was a heavily regulated industry: The sun-king Atahualpa kept fifteen hundred women in each of many “houses of virgins” throughout his kingdom. They were selected for their beauty and were rarely chosen after the age of eight—to ensure their virginity. But they did not all remain virgins for long: They were the emperor’s concubines: Beneath him, each rank of society afforded a harem of a particular legal size: Great lords had harems of more than seven hundred women. “Principal persons” were allowed fifty women; leaders of vassal nations, thirty; heads of provinces of 100,000 people, twenty; leaders of 1,000 people, fifteen; administrators of 500 people, twelve; governors of 100 people, eight; petty chiefs over 50 men, seven; chiefs of 10 men, five; chiefs of 5 men, three. That left precious few for the average male Indian whose enforced near-celibacy must have driven him to desperate acts, a fact attested to by the severity of the penalties that followed any cuckolding of his seniors. If a man violated one of Atahualpa’s women, he, his wife, his children, his relatives, his servants, his fellow villagers, and all his lamas would be put to death, the village would be destroyed, and the site strewn with stones.

Could it be that this association of dominance and higher social order to more women is what makes us men “in awe” of a high count? Does it make us jealous? Finding someone to have sex with is not that difficult if basic attraction is present. The physical desire and need to prolong the species is not hard to fulfill with two consenting parties.

But what about the emotions involved?

There is no way that sex can be as good with a person you have known for a few hours compared to months, and who you have deep feelings for. Yes, the person who you’ve known briefly may know X or Y technique, but the most powerful organ in sex is the brain (take your mind out of the gutter!). It will release extra endorphins and pleasure hormones with someone we feel deeply for. We’re wired to pair bond and explore things deeper, and we feel we can let go more.

Every man faces tough decisions with women. While dating, he can run around and have sex with many women and not get involved deeply. He can look for a relationship and continuously run away from the emotions he begins to feel. He can enter into exclusivity to explore something with one. But in any case, he’ll always feel like he’s missing out on something, that’s just human nature. There will always be some sort of envy for another situation.

There’s always a trade off in wondering if you should have sex with more women or commit, assuming a monogamous framework is in place. All I have to say is that you need to look inside and really ask if you care more about exploring different women, or going deeper with one woman.

In circles such as Pick-Up Artistry where a great amount of energy is spent figuring out how to have sex with a woman, the lay count can be of extreme importance. There are large cases of guys running around trying to fuck as many women as possible. But, why? Maybe there is a need for ego validation, or the comparison between men of how attractive the women they’ve been with to say “I am the best”. Maybe there’s a void trying to be filled…

While a “lay count” has some meaning, men make many false assumptions:

1. High lay count means the guy is amazing at sex

The first time you have sex with someone is awkward. You’re finding out what each other likes, you’re nervous, you don’t know how much to do of X or Y… It doesn’t matter how ramped up you are, it’s still going to be the case.

Contrast that to having consistent sex weekly with a partner, where you have learnt what makes each other tick and have built a great deal of trust and emotion into the mix.

2. Who composes that number?

Someone can easily go have sex with low quality people. If a man goes and has sex with many ugly (inside and outside) women to say he had sex with a lot of women, does that mean he’s cool?

The take home point: high number of women slept with doesn’t mean shit. A man can sleep with a lot of women and be an asshole, disrespectful, and not someone you want in your life.

Is there a reason why a man who is a virgin should be judged as less manly compared to someone who has had sex with 50 women? Why? Why should the man be ashamed of it?

I realize that it seems as though I am attacking those that do not wish to get into a relationship or want to have sex with many different women. I am not. I only want those who are doing it to truly want to, and not be running from something or be doing it for ego validation. If they have paid attention to this, then I am happy for them being happy with what they are doing, assuming of course no hurt is done in the process. I have many friends who do not subscribe to monogamy and maintain multiple casual relationships, and they are amazing guys who I know would have my back in a second.

I just ask that we as men question if this number is worth the attribution of our value AS men, or to men who are so worried about the number if it really is worth the worry.

Whatever you BELIEVE to be important, will be, and however you THINK you are judged as a man is how you will be judged. Why? Because that’s what you subscribe to internally. That’s what your mind subscribes to, or more accurately, what you are TELLING your mind to subscribe to.

Something will only matter if you think it does.

You could judge yourself based on this number, but it can extended to similar items: your salary, home, car, fashion and so on. Compare that to accomplishing goals, facing fears, reaching milestones in life, being of sound character… The subject of internal vs. external motivators is too large and will be discussed in another entry. But, consider the difference between the items in both lists.

I want you to ask yourself what makes you who you are, that awesome person. Why do you feel that people value and love you as the man that you are. List the things, don’t spend too much time thinking and filtering, just write.

What did you write down? Does it scare you, or does that make you feel great?