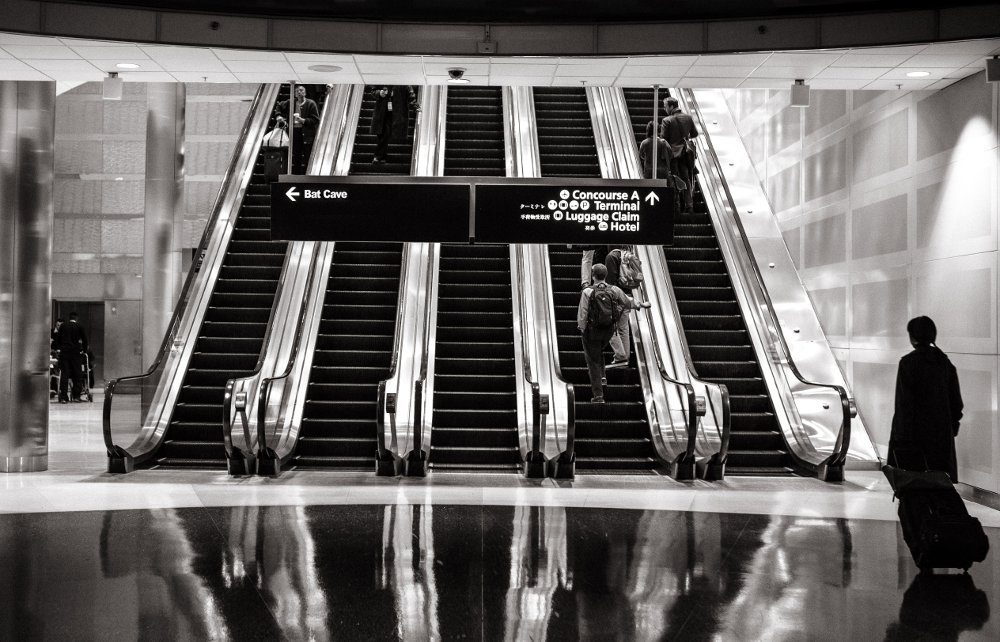 Sean Ogle talked about how many people who do a continual 9-5 grind for years become stuck in habits that they are not even aware of: watching TV for hours at night. Never trying anything new. Not working on personal dreams…

I would extend this to say that anyone, including entrepreneurs, the unemployed, aliens, etc. could fall victim to this lack of consciousness, just in different categories.

Dropping everything to travel the world has taught me a great deal about myself in a short amount of time… as trite as it sounds.

If you haven’t already, make sure you’ve read part 1 and part 2 of this series!

You can read part 1 here.

You can read part 2 here.

Here are the 10 things that come to my mind:

1. Just in the move itself… I am so proud of myself.

Again, many of my friends said that they would never be brave enough to do what I have done and yet, now a bit more than a week in, I’m getting pretty used to the city. Sure, crossing the street and almost getting run over by motorbikes is still taking some getting used to, but I am surprised at how fast I have acclimatized and have started getting to work on things. I have a huge desire to just write and work, but I make sure to explore and play as well. I’m not at the point where I feel like I deserve or want a complete vacation in doing nothing but lounging on beaches, but I know that is coming eventually.

Right now what I really want to do is get settled in to my apartment, prep for my book release, keep writing on to my next book, and work on some other projects….

2. Speaking of working instead of taking a vacation…

and Mr. Sean Ogle, he just wrote a post on feeling like you SHOULD be doing something. When travelling and especially being in a foreign country, you feel like you should or could always be exploring, meeting new people, checking out new restaurants and so on…

But I have had nights where I just wanted to be alone, watch a movie, read, or write and was really happy doing just that. In fact, writing now is making me feel happier and better than being out exploring (though I’m going to be doing that later with someone).

I used to ONLY do work, ALL THE TIME… and got burned out. Now, I know I can knock out lots of work but I also enjoy the heck out of what I do, so it makes it easy.

But if I feel like clubbing, I go clubbing. If I feel like watching a movie, I watch a movie… because whatever activity I actually FEEL like doing, will make me enjoy it 100% more. If I force myself to go clubbing, I’ll have a shitty time and be anti-social. But if I really want to, I know it’ll be a blast.

If you ever find yourself being forced to go do something or you FEEL like you need to, just stop. You will always be missing out on something. Balance is key of course, but do what is best for you in the moment right now.

3. Over-complication and over-researching has been one of my huge achilles heels in life.

By taking myself out of Canada and being put in to a foreign place, I saw this first hand as an observer:

Over-complication sucks, but you don’t have to do it.

I get anxious when having to make decisions and would rather plan and research. But then life doesn’t move forward. Making decisions means you might have to deal with failure or a negative result, whereas thinking more and more is safe, but just puts you in your head and makes you feel like you are spinning your wheels.

So I have become really aware of this and have been cutting it off faster.

4. This whole trip so far has been an exercise in combatting anxiety

From worrying about extra baggage charges, to my first apartment offer falling through (but then ending up with something FAR better), to not having a job at the moment, to making new friends, to health issues and so on…

With travelling, I have been forced to face my anxiety head on. The simplest solution for any fear is to just dive in face first, which is simple when you think about it… But when you FEEL like you’re going to die, throw up, have diarrhea, shiver, and all the other things that might come with anxiety… doing nothing or playing it safe seems like a better option.

But then again, life cannot happen without taking action.

My anxiety also acts up and tries to make me move faster (moving really really fast, as fast as my thoughts are coming in my head, can distract me from actually feeling the anxiety – the stomach churning and the chest tightness), and I purposely now force myself to move even slower.

So if I can’t get something done in time, it is what it is – I’ll do it tomorrow. I don’t rush to see a billion things a day… I consciously decide to move slower and I feel much better.

A lot of this stuff comes straight from Mastery Of The Mind, and I’ve often joked with my friend Ryan that any time I have an issue, I should just refer to my own damn book. Guess why I was able to write the book? Because I’ve experienced all of it, so hopefully you can have a shortcut in dealing with your own issues!

I’ve really gotten a chance to work with mine, alongside reading the book A Guide To The Good Life by William Irvine. The book is a summary of Stoicism and practical tools you can use to implement the philosophy in your daily life (shoutouts to Vincent Nguyen at Self Stairway and David DLM at HowToBeast for the recommendation).

But either way, what ALL self-improvement will teach you is that you have no control over external situations, but you have complete control over your interpretation of the situations and what you do.

So you can worry about not having a job or be grateful you have some funds now and spend your time applying for something.

You can be sad you are single or use the myriad of ways to meet people (online, talking to people during the day, social events,…) to find someone.

You can be angry your potential room mate pulled your apartment from you, or rationalize that it probably wouldn’t have worked out anyways and double your efforts on finding a new place.

Changing how you think is the KEY to success in life, as is changing your beliefs that what you want to accomplish CAN and WILL happen if you continue to work.

This is a term the Heath brothers use in their book, Decisive.

Bascially when we are teenagers, we think, if there is a party, we can only go or not go. But really there are many more options: We can go for 10 minutes and leave. We can call someone to see if the party is good before going, etc…

I noticed I love to do yes or no type thinking, especially when it comes to socializing: Instead of going out when I don’t feel 100%, I just say “No, I’m not going”. But instead, I could go for a bit and leave if I start feeling sick. Or maybe going out will make me feel better!

Do you find you suffer from this?

I have made many excuses and more and more I just call myself on them to change or accept the situation.

I COULD have been working out with my body weight exercises, writing consistently, etc. etc. but I was blaming lack of routine, wanting to explore, and so on for that.

Nope, it’s just me being lazy, and that’s fine. Or, I have different priorities and that’s also OK.

Next week I’ve got a gym to use and look forward to working out again! I’m writing now because I want to, and I can get back to my routine.

No excuses – only acceptance and planning if you want something different.

8. Creating problems before they even happen

All these things are IMAGINED problems. I have no idea if they will even come to pass, so why am I stressing myself out? I’m trying to predict the future and plan contigencies before anything even happens (typical anxiety).

And also – I really don’t think having multiple job offers, if it happens, can be a bad thing LOL.

If you are like me you make a big deal about feeling bad in the moment – embarassment, anger, etc… But it washes away pretty quickly if you let it.

With this, I’ve been able to let bad things slide off easier, and not cling so much to the positive – Life has ups and downs, so you might as well learn to accept or even enjoy the ride.

A bit hippyish, but I have more and more stopped chastising myself over the past few months, and especially on this trip.

I’m doing far more than I ever used to be, and I can only make myself happy 100% of the time.

And you know what? This strategy has been working pretty damn well.

It’s all in your beliefs.

There are many other details I could talk about but I think these are the main points, and it has only been a bit over a week.

I am eternally grateful for this opportunity, things that are coming to me, friends I’ve made and more. There are some low times (such as sitting on the toilet dying XD), but the high points far surpass these low ones.

I only hope that I can keep exploring the world, and my plans for the future keep unfolding in a positive way.

I’m settling in HCMC for at least 3 months. Some world travellers like to pick up random jobs and move every week. I’ve learned that I prefer slow travel – fully exploring a city and making some good friends/relationships. I also want to make some good money at a job.

Later on when I focus solely on my business endeavours, I still want to be moving slowly, but I may drop by more countries.

But who knows, life is what happens when you are busy making plans. Maybe I’ll fall in love with a country and I’ll settle there permanently. Maybe I’ll get tired and come back to Canada.

But as much anxiety as this trip caused and with the things I have to deal with now… I know moving to Vietnam was the right decision for my own growth.

I have plans of things I want to do and see, but again, my priority is getting business going, as it’s all I can think about.