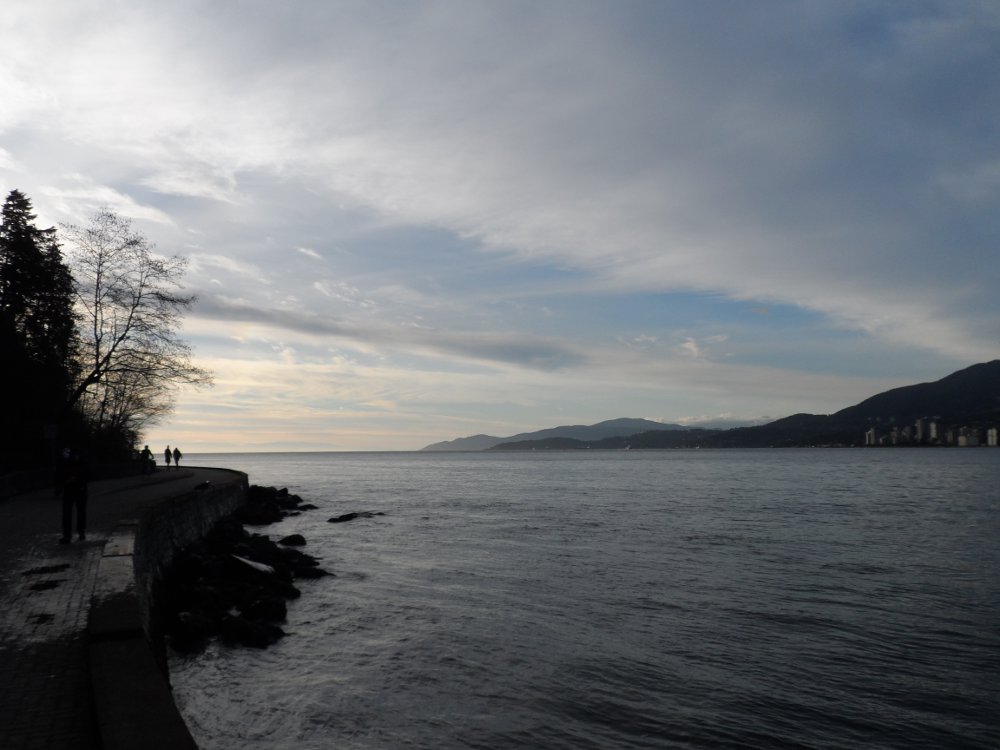 Cover image: Walking along the seawall in Vancouver, Canada.

Nearly a month ago, I dropped everything I had in Canada and became a digital nomad. I took a suitcase, a backpack, and flew to Vietnam. So I decided to write a 5000 word multi-post about my experience thus far.

In this three-part post, I’ll discuss the lead up to the trip, some challenges I’ve faced, and then focus specifically on my first week in Saigon/Ho Chi Minh City.

Parts 1 and 3 will probably be more for your entertainment and following me through my journey. Part 2 contains more information-based stuff if you’re thinking about coming here or just want some insight into living in a foreign country.

Lead Up And Prep

THANKFULLY I learned from my two and a half month trip across Europe, and spent a lot less time prepping. I’m sure this was because I was experienced in travelling at this point, but also because I knew besides the mental prep, there wasn’t much to do… Move home, pack up a suitcase, and go.

The mental component was extremely tough though. I would go from days of being ecstatic and excited at the opportunity I had (like saving over $1,000 and being able to afford my freakin’ plane ticket), to so anxious and distressed I couldn’t silence my mind. How could I predict what would happen – there were too many unknowns! All I could do was go and see, just like anything you are afraid of – you have to go and do it and see what happens.

Saying goodbye to my friends sucked. With so many things happening at once, including the huge move overseas, having to move back to my home city, Ottawa, from Toronto first, and trying to get some apartment hunting going… my brain was overwhelmed and could hardly process anything except what was dire and needed in the moment.

On one of the last nights in Toronto my friends and I were playing some video games and I just felt sad… Just extremely sad. I was beating myself up thinking I should just feel good and try to spend as much time as I could with them in any aspect, but all I could feel was fear and sadness.

This was mainly caused by me knowing that a major relationship was about to end. For my friends, I knew I’d see them again soon. Most of them planning on coming to Asia, there was always Skype, and friendships just transcend distance (at least with this group of friends).

But for a romantic relationship ending, I was a wreck. It was one of the best things that had happened to me in a while. And though I knew Vietnam, travelling, adventure, and my businesses were more important… I, as well as the woman, felt that things were ending too soon. What we had was so good and was ending so abruptly.

But I had booked my ticket, and knew that though it hurt, it would end with either me moving across the world, or her going back home across the country in a few months.

Because of the way we were, even the last day we spent together we couldn’t really be sad until the last few hours. We just made each other so happy that it was impossible to think about things ending. But we knew time was ticking and it had to end.

It was the first time I felt like, while I would always want to date the girl again, that I really wanted to remain close friends with her because I cared for her so much and loved her personality.

We agreed to a month of letting our emotions die down, and then afterwards, to see what would happen.

While my family had invited me out before, I had started to get sick (probably from stress and so many things happening at once) that after the break up all I wanted to do was be alone. I felt sad and exhausted even before my trip had begun.

So most of the packing took place the day of my flight, right up to the minute I had to leave for the airport figuring out what I’d need to bring.

I had no answer.

I was trying to be positive and focused on the excitement ahead, but all I could be was sad (again – denying trying to deny your emotions, it doesn’t work!).

On the plane I opened a hand made gift the girl had made for me, which was in short, a note about what our time meant to her… It didn’t help too much with the sadness, but it also made me feel happy and grateful at the same time for what we had.

A Week In Vancouver, Canada

My friend Tom and his family were kind enough to put me up for an entire week before my flight to Asia. I was trying to force myself to see some of the city, but jetlag, flying, stress, the break up, and my cold were all catching up on me. I was still exhausted. 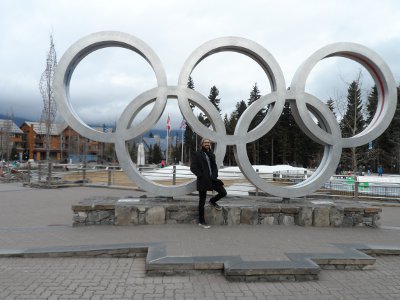 And you know what made me feel better? Lying in bed a day resting, and then taking a night to listen to Linkin Park – it’s my guilty “I’m going to be sad now and fuck off” music. Yes I admit it and I love it.

I promised myself I’d come back through Vancouver when I came back home, mainly because there was a lot of the city I didn’t see. Amazing air, beaches to forests to downtown urban sprawls in a maximum 30 minute drive radius… Vancouver is pretty awesome.

…and also to check out the thumpin’ nightlife.

After Vancouver I started to feel more excitement then sadness. After a brutal 13 hour flight I arrived in Asia, specifically in Hong Kong. Thankfully it was a nice segue into Asia, as I think my brain probably would have exploded (more so than it did) if I went to Vietnam first. 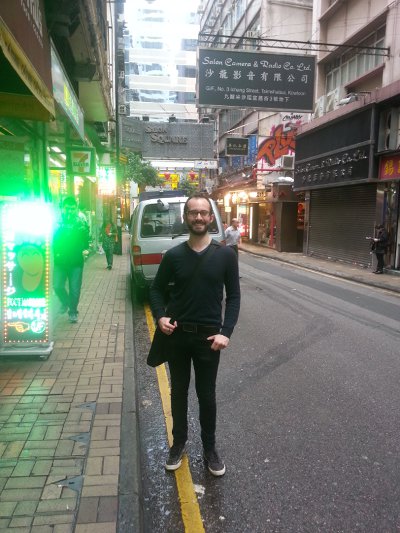 In the streets of Hong Kong.

Hong Kong is quite international and there is English (written and spoken) everywhere. It is super expensive though… think of it as the London of Asia.

My first greeting after figuring out how to get to my hostel/hotel was people trying to sell me stuff… Lacking sleep (I can’t sleep on planes), and it being 5AM Vancouver time, all I wanted was a bed.

There are Indian guys all along the street trying to sell you watches, luggage, and accommodation… and if you talk to them, they will not give up. They will follow you and not quit. I learned my lesson over the next few days though – ignoring them outright makes them lose all their power, and they give up easily XD… That, or just put headphones in.

I nearly couldn’t get in to my room because the manager didn’t answer the door to the hostel, but I got in finally.

“Man this room is small and crappy!”

It was advertised as a hotel, but it was definitely a hostel type situation – bed, with the width of a person between it and the walls, leading to a combined washroom/shower… I thought Asia was supposed to have nice lodging for cheap?? (Hong Kong is an exception, especially in its guest houses).

I got about 4 hours of sleep (I crashed around 6AM Vancouver time, 10PM Hong Kong time), and the rest was broken 20 minute power naps until deciding to get up at 6:30AM to do some apartment hunting for Vietnam online, and some prep.

I walked around over the next few days taking in the fact that I had made a huge step some people told me they could never do, and re-located across the world. I tried some new food and saw some amazing things like the Hong Kong night skyline. I also visited the Skybar on top of the Ritz-Carlton, the tallest bar in the world (where the drinks are appropriately priced).

I was also introduced to poorer air quality… Compared to coming from cottage-country-air Vancouver, it was a HUGE step down.

After 4 days it was time to take my direct flight from HK to Ho Chi Minh City, only 2.5 hours long.

I have to say Air Canada could learn a thing or two from Vietnam Airlines – tons of leg room, really good meal even on a short flight… I like.

I was still exhausted from jetlag, but getting pretty excited to finally step foot in my home at least the next few months.

Continue on to Part 2 – My first week in Vietnam, Vietnamese culture, lifestyle, and travel tips.