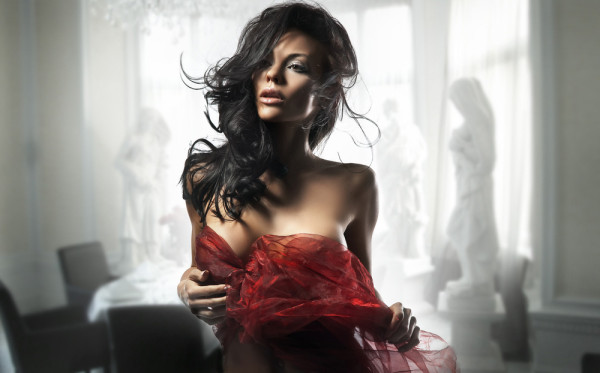 To all men (and perhaps some women out there):

You see them across the room. They look so attractive. Who are they? Are they friendly? Interested in who I am? Would they be interested in getting to know me? Are they just going to reject me? I don’t think I want to do it. No I want to go talk to them. But what if everyone laughs at me if they don’t talk to me? What if my friends think I suck?

Three minutes have gone by, you’re still staring at this person, and if they are at all interested they may have caught your glance and are now wondering “why the hell won’t you come say hi?”

Enter approach anxiety, or bitch butterflies. It is the first thing that must be overcome in dating (at least the non-online form of it) to even get the ball rolling, and it’s the toughest step. Unfair? Yes, but a reality.

Depending on your child hood experiences and programming, you will have different levels of social anxiety. If you were sheltered and taught to not trust strangers, you will scrutinize people more and worry that something bad might happen, just like Mom and Dad said. If you were teased as a child you may be worried that you will be shamed as well. On the other hand if these situations did not occur, you might not even give a fuck.

The unfortunate truth? Starting conversations with new people is fucking awkward. You have to live with it. You can use “substances” to lower your anxiety (they don’t call it social lubricant for nothing), but as per any fear, the only way to conquer it is to go do it again and again, and to see that it’s not so bad. This desensitizes you to the fear, and re-programs beliefs you once had.

I’m writing about this topic in particular since I have just re-started dating after taking eight months to myself on a large self-development program where really, dating would have just complicated everything. I am feeling the feelings I did before of not wanting to be shamed, being scared of groups of women, feeling like I’m being judged… All these fears. Ahhh!

But there are a few things to remember, that can ease and help you manage the emotions involved with this dreaded syndrome: 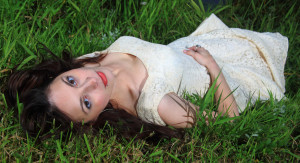 Paralyzed by fear, driven by attraction, or a bit of both?

1) Both men, and women, want to meet each other
There are many unhappy individuals out there wondering where Mr. or Mrs. Right is. They are tired of all the (insert negative stereotyping word here)s and just want to find someone attractive. We are all looking for each other.

2) The faster you move, the less anxious you get
We have a flight/fight response hardwired into us for most situations from primal ages. In this case, flight is staying away from the person of interest and giving in to the fear. Fight is to say “I feel scared but I’m going to do it anyways”. As soon as you see someone, the faster you move your feet, the less time you brain has to make excuses, to fill your head with nonsense reasons or words to cloud your judgement, and ways of making you sound like you have no command over the English language. Principle of momentum: once you start physically moving, it’s hard to stop. The motor pathways fire faster than those thoughts, so move those legs!

This is where the often noted three second rule has been spread around: if you see someone you want to talk to, do it within three seconds or else you’re going to be bogged down in mental garbage.

3) Again: Starting random conversations with new people will be awkward
There will be silence. You won’t be sure what to say. You might trail off into a bad topic. Those are parts of the territory.

4) You make rejection way worse than it will be
In my first week of dating the worst rejection I had was “That is the worst pick-up line ever”, followed by both of us heading our separate ways. Others were, “Thanks for coming over, but I’m not interested”, “I’ve got a boyfriend”. Not that bad. I’m still here.

If the person is with a group of friends we may imagine them laughing at us if we say something silly, them pushing us away, shaming us… Perhaps it will happen, but usually, it’s going to be WAY lighter than you think (hey, Light Way of Thinking reference ;)). Then you know what happens? You’ll probably laugh about it with your friends. I definitely did with the pick-up line response.

You only regret the approaches you don’t do, not the ones you actually do.

5) The more you converse, the easier it is
The more you start conversations with random people not just in a “I’m trying to date you scenario”, the more social activities you have going on, the more you are outside of your house exploring the world, the easier it will be to have these conversations. Don’t expect to play WoW in your basement and have a gay old time talking to people. The best teacher is experience.

6) Nothing will ever change if you don’t approach
The least woo-woo reason… You don’t go up, you have no chance of meeting someone. There is risk involved in any activity, and unfortunately, yes, that includes dating. You take the risks of possible rejection, laughter, embarrassment, and hardship… But you have the benefits of potentially meeting someone amazing. The nature of why they are amazing is up to you, but how will you know if you don’t go and say “Hi”.

7) The nervousness is normal, don’t fight it
You can’t control your emotions, you can only accept them and select the course of action you wish to undertake. You can use the nervousness to fuel you in saying “Wow I must be REALLY attracted and NEED to go talk to that person”, or shrink into being too afraid to talk to them. But either way, the nervousness IS normal. You are not weird for being afraid, there is nothing wrong with you. But know that you can become desensitized by doing it again and again. 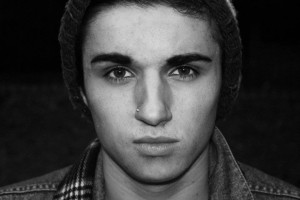 Is it better to go say “Hi” to the cute guy, or always wonder what could have been?

8) Have compassion, but watch that it doesn’t turn into an excuse
You may feel too nervous to talk to one girl, let it go. Accept the fear, and admit that you feel afraid. Be OK with being afraid, it’s OK to not be a robot. BUT at the same time, you need to watch this. If you are just paralyzed by fear and are using “I want to be easy on myself” as an excuse again and again, that’s not getting you anywhere. In fact, the compassion becomes meaningless because you know you’re just lying to yourself, and that’s going to make the compassion feel terrible… Not something you want.

9) Be honest, don’t bullshit
EXCUSES: “I don’t feel like talking to them right now”, “They look like bitches”, “I just need to get a drink”. If you are scared, admit that. If you actually want a drink, go get it, but don’t use random things as an excuse to fight your emotions… they’ll only come back ten-fold.

10) Approach everyday
Leading on from number five, saying hi to someone new everyday will do way more than one night of twenty drunken conversations. This will constantly break through the fear. As a good friend and teacher of mine once said, “an approach a day keeps the anxiety away”.

I Need A Plan
“But I can’t just walk up to people, I’m too scared!”

In Mark Manson’s book Models of PostMasculine.com, he advocates a CBT (cognitive behavioral therapy)-based approach for desensitizing yourself to the fear. Fear cannot be destroyed, only alleviated, and shown to be unwarranted (again, by re-programming beliefs). You COULD go bungee jumping off the Macau Tower if you’re scared of heights and go from zero to one hundred, but you can also build up to this by jumping off a cliff into water, then Skydiving, and so on and so on.

A typical ladder method can be as follows. Complete each step, and once you can do it easily and repeatedly, move on to the next one. I am assuming a heterosexual man will be doing this, but you can change the sex of the people to talk to in the ladder depending on your sexual preference:

From ladder 5 you should be able to start practice holding longer conversations.

All this information is nice but in the end, only you can choose to actually walk up and put your best foot forward. The argument is that you never know what kind of experiences you can have with that person you are so intently staring at, or what you may be missing out on… Is this person a future enemy, friend, one night stand, or marriage partner?